Having lost air pressure on the rear tire of my KLR three times in as many weeks, I’ve become a little paranoid along with my own rear-end a little hypersensitive to how tire air pressures are holding up.

That’s why I sprang for this tire pressure monitoring system for the Tiger 800Xc. At fifty-five bucks, I thought I’d roll the dice on this gadget to get a bit more peace of mind while I ride. 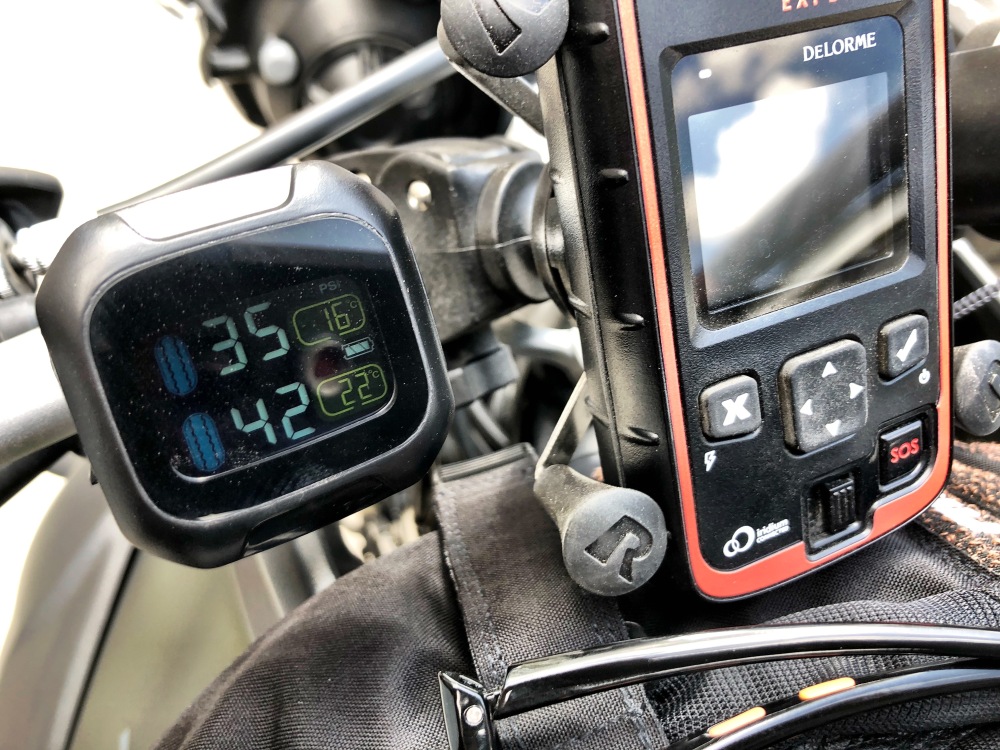 It can be set up to display in Bars or PSI, Fahrenheit or Celsius and has three alarm settings; high heat, high pressure and or course, low pressure, the latter are both adjustable per the bike’s specs.

It charges quickly and, according to other reviewers, holds a charge for weeks at a time. The unit illuminates on when the bike moves and should an alarm be tripped under any of the parameters, the display flashes the respective data and it backlights in flashing red, though it’s hard to see in daylight.

The sensors transmit immediately on install making airing down and up much easier since air pressure can be read off the display rather than with a pressure gauge.

A pretty good value for my head and my rear-end.